SHEBOYGAN, WI – Vollrath Company, a leading manufacturer of foodservice equipment and smallwares, announced its plans to exhibit for the 70th year at the National Restaurant Association® (NRA) Show, held from May 21-24 in Chicago, Illinois at McCormick Place. New this year, Vollrath will feature in-booth appearances by internationally recognized chefs who will be serving up a variety of exciting menu applications in the booth’s induction kitchen. 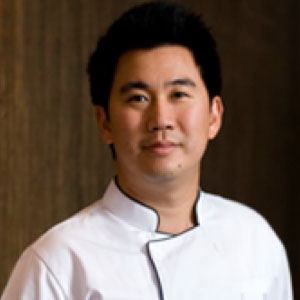 Kicking off the show on Saturday, May 21, acclaimed Chef Angus An, chef and owner of Maenam, a Thai restaurant in Vancouver, Canada, will appear in the Vollrath booth to speak about his passion for induction products – particularly the Vollrath induction wok and induction ranges – and prepare a variety of his popular Thai dishes. At Maenam, which was recently named Restaurant of the Year by Vancouver Magazine’s 2016 Restaurant Awards, An uses induction woks to cook the same dishes he would otherwise prepare with traditional gas woks, but with less energy use and uncomfortable heat in the kitchen. The compact and durable woks (and all Vollrath induction products) require minimal ventilation and electrical needs making it ideal for any kitchen. An, who uses Vollrath’s portable model induction range for off-premise catering and special chef-focused events, also owns a 24-seat noodle bar, Fat Mao Noodles, quick-serve Freebird Chicken Shack, and Thai comfort food eatery, Longtail Kitchen. 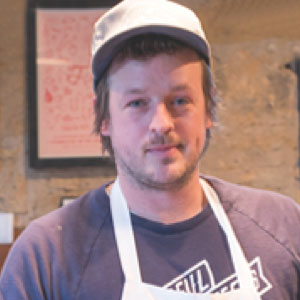 Jonny Hunter, owner of the Underground Food Collective in Madison, Wisconsin will continue the excitement on Sunday, May 22 by cooking some staple Midwestern dishes for the NRA Show attendees in the Vollrath induction kitchen. Hunter, who was named 2015 Chef of the Year by Madison Magazine, uses a variety of induction products for prep applications in the Underground Food Collective – an operation that is made up of a butcher shop, a catering service, a retail store and a new American restaurant named ForeQuarter. The precision and control of induction makes it perfect for back-of-the house use at his restaurant. 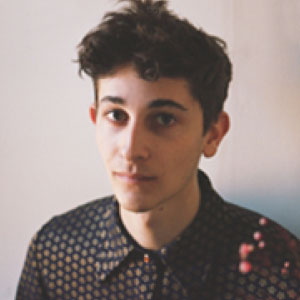 Rounding out the Vollrath chef demonstrations on Monday, May 23, is Jonah Reider,  New York Columbia University student made popular in the media for his dorm-cooking supper club called Pith, serving up to four guests at a time. Reider opened Pith last September and gained attention after The New Yorker wrote a feature on it called “Supper Club.” Since then, Reider has been featured on late night talk shows and was recently announced as one of The New York Times 30 Under 30, a series of profiles of young people who are experimenting in new forms of work, play, community and creation. Reider, who has no formal culinary training, utilizes the small footprint and mobility of the Vollrath Mirage® Pro Induction Range to cook high-end meals in a variety of settings, including pop-up restaurants and events.

How and why induction works
The key concept of induction is that heat is generated by the pan itself. The induction unit achieves this by creating movement in the molecules of the induction-ready pan. Induction turns the cookware itself into the heat source transferring the heat straight to the pan and its contents. Gas and electric ranges, on the other hand, work by creating a heat source beneath the pan, which in turn must transfer its heat to the cookware. This is an indirect transfer of heat.

Nothing is faster
Energy isn’t the only thing you will be saving with induction. By directly transferring heat, induction also greatly reduces cooking times. Induction gets straight to the point by delivering heat only where you need it.

Nothing is more precise
Rather than adjusting a gas flame up or down in hopes of altering the temperature in the pan, induction allows users to dial in a precise power level or temperature. Induction is more responsive than gas, giving the operator greater control. This is especially crucial for more intricate menu items when repeatable results are expected.

Nothing is safer
There is no heated surface on an induction range. The pan gets hot. The food gets hot. But the induction range only produces magnetic fields; so if there is no pan on the unit, no heat is produced. Vollrath goes above and beyond the inherent safety of induction with features like overheat protection, small article detection, pan auto detection, empty pan shutoff, safety auto-shutoff, and a "hot" warning display.

The National Restaurant Association Show will take place from May 21-24, 2016 at McCormick Place in Chicago, Illinois. In addition to the induction product showcase, Vollrath will have new and existing products on display at booth #4037 in the South Hall. For more information on Vollrath’s product offerings, visit www.vollrath.com. For details on the 2016 NRA Show, visit show.restaurant.org.

The Vollrath Company, based in Sheboygan, Wisc., has a reputation for the design, development and manufacture of the foodservice industry’s finest smallwares and equipment. With a collection of exceptional people, industry leading products, and helpful consultative services, Vollrath is assembled for one purpose – to advance the art of hospitality. For more information about The Vollrath Company, its products, facilities in the US, Europe, Mexico and China, and the 19 foodservice industries it serves, visit www.vollrath.com.