Jacob Vollrath started The Vollrath Company in Sheboygan, Wisconsin, in 1874. Today, Vollrath continues to be a growing family company. Our company is built upon a strong foundation of family values, history and innovation that comes alive through our loyal and dedicated people. 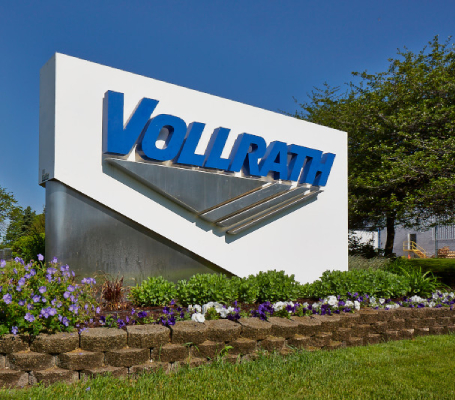 Paul Bartelt became President and CEO in 2009 and continued to expand the company’s product offering with acquisitions. In 2011, Traex® in Dane, WI, with plastics. In 2012, Polar Ware Company in Kiel, WI, with products for food service and health care applications. This also included Stoelting Foodservice with frozen treat equipment and Stoelting Cleaning Equipment with industrial and electronics cleaning equipment. Later that year, Acry Fab, Inc. in Sun Prairie, WI, with display and dispensing products. In 2015, Miguel Pujadas, S.A. in Santa Coloma, Spain, expanded Vollrath’s global manufacturing footprint of foodservice equipment. In 2017, Belleco, Inc. in Saco, ME, with a line of conveyor toasters and ovens. In 2018, Carlson Products in Maize, KS, with standard and custom components, along with bakeware products such as pizza pans, stacking pans, sheet pans, grill pans and panini pans. In 2019, assets of Albers Mechanical Contractors, Inc. in St. Paul, MN, expanded the company’s high-end custom fabrication capabilities. 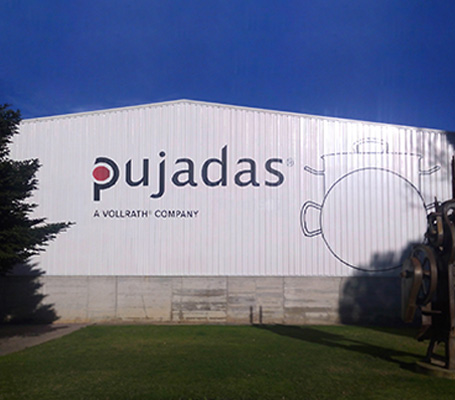 In 1991 Vollrath acquired the smallwares and cart line from Bloomfield in Chicago, IL and a line of food warmers and accessories with the purchase of Idea/Medalie Division in Rogers, MN. Warmer production was moved to the Kewaunee manufacturing plant. The Luitink Manufacturing Co. of Menomonee Falls and Oconomowoc, WI, was acquired in 1999. Corsair Display Systems in Canandaigua, NY, was acquired in 2004 and still operates in its original facility. In 2009, Vollrath acquired the induction company Luxine in Malibu, CA, the Wear-Ever® and Redco® brands from Lincoln Smallwares in Fort Wayne, IN, and countertop cooking equipment from Anvil America in Asheville, NC. 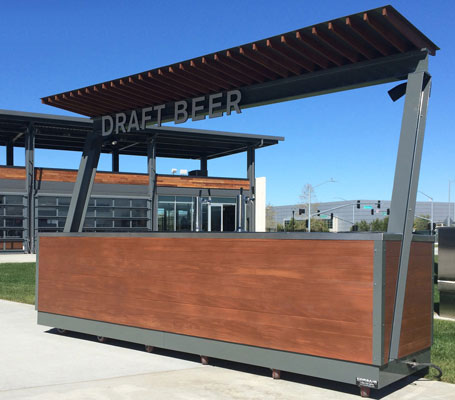 In April 1983 Vollrath decentralized, which formed nine divisions of the company. In 1984 Vollrath installed a new IBM 3038-EX computer - the first of the IBM EX series to be installed in Wisconsin, and the fourth “generation” of IBM computer equipment ordered by Vollrath. Vollrath was considered to be a pioneer in the extensive use of such equipment in business and service. In late 1989 Vollrath purchased the Leyse commercial aluminum cookware line which included a manufacturing facility in Kewaunee, WI. 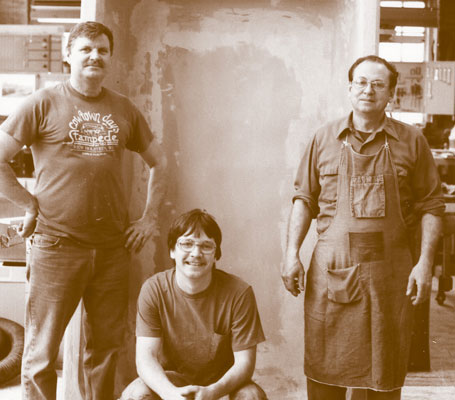 Vollrath built a 96,000 square foot fabrication building for production of a mobile food serving equipment line.  In 1970, Vollrath began molding medical plastics in Sheboygan, an operation that was eventually moved.  Vollrath was presented with another ""E"" flag from President Nixon in recognition of its service in promoting foreign sales of U.S. products. In 1974, Vollrath purchased the holloware and related assets of the Admiral Craft Corporation of New York. They named the new products Century by Vollrath to commemorate 100 years in business. Bolta Products of Lawrence, Massachusetts was purchased in 1976, moving Vollrath into the world of foodservice plastics with their line of approximately 800 different plastic containers. Terry J. Kohler, the great-great grandson of Jacob J. Vollrath, became the seventh president of the company in 1976. Construction of a 24,000 square foot addition to the south end of the original office building was begun in 1977. 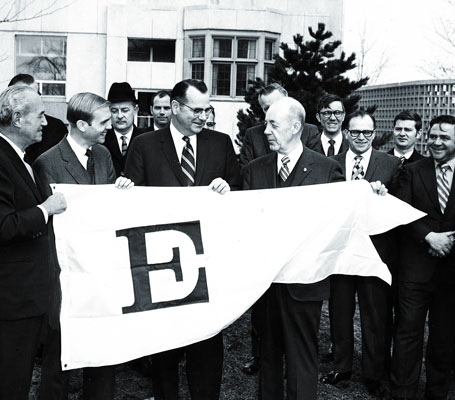 Vollrath began gradually converting to war work in late 1941, increasing the government supplies monthly until reaching full capacity on defense work in late 1942. They had a very limited catalog of items for civilian use. On June 28, 1945, Vollrath was awarded the Army-Navy "E" Flag for their record in the production of materials needed in the war effort. Walter J. Kohler, Jr. became The Vollrath Company's fifth president in 1947. When the polio epidemic struck, Vollrath developed the Polio-Pak Heater which produced 15 double-thick steam heated woolen packs to administer to patients. Many emergency orders were received during the night and often shipped by air express, or driven personally by a company employee 100 to 200 miles from Sheboygan. 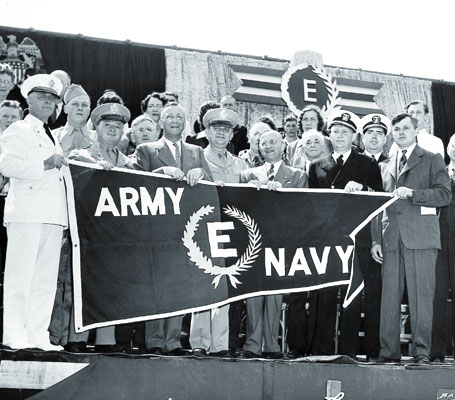 In 1900 the company chose to devote itself entirely to the cooking utensil field. To help accommodate expansion, offices in Chicago and New York were opened in the first few years of the new century. A new plant and office building were built in Sheboygan and the plant continued to expand for greater production.  By the late 1930's Vollrath began replacing some enamelware with stainless steel. 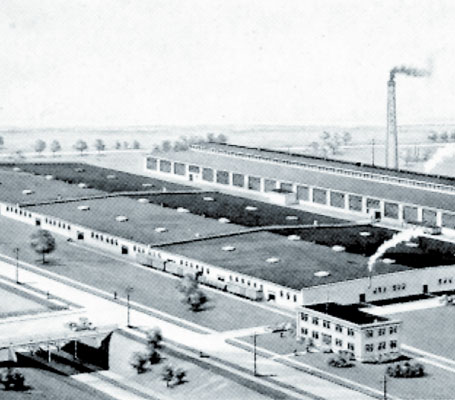 Jacob J. Vollrath built the Sheboygan Cast Steel Co. in 1874 in Sheboygan, WI. They produced railroad frogs, small cast parts for the furniture industry, cooking ranges, and agricultural implements. Jacob's eldest son, Andrew, returned from Germany in 1876 having learned the art of creating enameled cast iron. The company began to manufacture a small amount of enameled cast iron utensils that Jacob sold himself.  The company was incorporated as the Jacob J. Vollrath Manufacturing Company in 1884. Jacob's son, Carl A.W., originated and patented a speckled enamel in 1889. 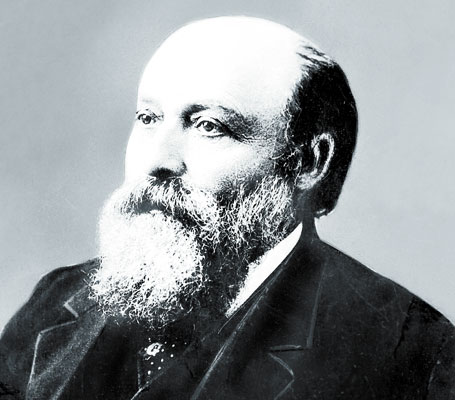